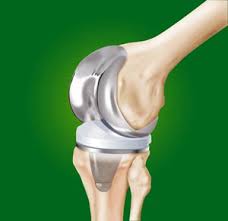 There is confusion in the mind of the people planning to undergo knee replacement surgery about the Types of Knee Replacement Implants. There is no clear cut directive or write up on them . I will try to explain the differences between the different prosthesis.

Fourth difference is based on whether posterior cruciate ligament ( PCL ) is sacrificed or retained – Cruciate retaining ( CR ) and Cruciate sacrificing ( CS ) / Posteriorly Stabilised ( PS ) prosthesis. There are two ligaments binding femur and tibia from anterior to posterior ends – Anterior Cruciate ligament ( ACL ) and Posterior Cruciate ligament ( PCL ) , providing anterior and posterior stability to the knee joint . ACL is always sacrificed in the surgery for having complete view inside the knee joint . PCL gives the normal roll back movement of femur over tibia during bending of the knee . Hence , if PCL is preserved , it provides extra stability , mimicking better and normal movement of the knee and patient is rehabilitated early . CR knee is preferred in younger patients and patients having normal disease free PCL , while PS knee is preferred in rheumatoid arthritis patients, patients having damaged or diseased PCL, obese patients or in old age patients.

Similarly there is “Gender” knee mimicking anterior shape of south east Asian females . Another is knee with personalised zigs for bony cuts. Here CT scan of the knee is done and according to the anatomical structures, personalised bone cutting zigs are manufactured by the company and delivered to the operating doctor for surgery . Most expensive knee is personalised knee prosthesis followed by Oxinium hiflex and the cheapest is all poly knee . A person should always discuss with his / her operating doctor and decide upon the type of prosthesis , based on his / her budget , requirement , age and preference .